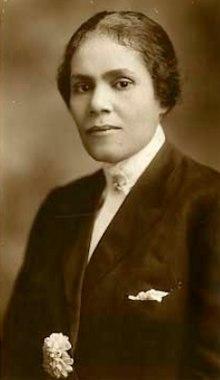 Georgia Ann Robinson was the first black female police officer to work for the Los Angeles Police Department, and may have been the first black female LEO in the country. A recruiter reached out to her in 1916 based on her work for community organizations throughout the city and her obvious passion to help her fellow citizens. Robinson started out as a volunteer before becoming a full-fledged officer when she was hired as a jail matron in 1919. She also worked as an investigator in juvenile and homicide cases, and set up a much-needed women’s shelter in the city during her time as a cop.

When her career was cut short after she was blinded by a jail inmate, Robison continued to work with the community through the women’s shelter and by teaming up with the NAACP in the fight to desegregate the LA school system. In 1954, when a journalist asked her about her LE career and the incident that ultimately blinded her, she said she had “no regrets.”

Faith is a pillar of both National Faith and Blue Weekend and One Congregation One Precinct (OneCOP), and that is...

The Indianapolis Metropolitan Police Department (IMPD) announced the adoption of updated use of force policies that emphasize de-escalation, the proportionality...

After the tragic shooting of Walter Wallace, Jr. by Philadelphia Police Officers a few weeks ago, the nation saw the...